Get Your Bid Card Ready for These Upcoming Auctions 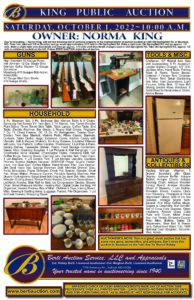 Due to relocating, Norma King, will sell the following list of personal property to the highest bidder at auction located at 1240 Old Springfield Rd. in Bourbon, MO. From I-44, take exit 218 at Bourbon and go south approximately 2/10 mile to Old … END_OF_DOCUMENT_TOKEN_TO_BE_REPLACED 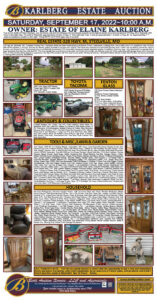 Due to the death of Elaine Karlberg, her family, will sell the following list of personal property to the highest bidder at auction located at 320 Hwy. M in Steelville, MO. From Cuba take Hwy. 19 south to Steelville approximately 8 miles to Hwy. 8. … END_OF_DOCUMENT_TOKEN_TO_BE_REPLACED

At Berti Auction Service, we take pride in providing our clients with unrivaled service. We’re honest, fair, and above all, we’re skilled auction professionals with decades of experience helping people get the most out of their goods.

We’ve built a reputation for creating a streamlined, yet fun auction experience. And perhaps best of all? We cut your check the day of the auction. Whether you’re downsizing, liquidating, or dissolving an estate, you can trust us from start to finish.

We do the heavy lifting, so you don't have to.

80+ years of turning your assets into cash.

Our Family Serving Yours – For Generations 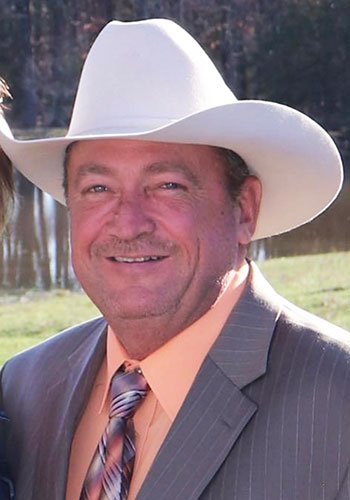 Berti Auction Service was founded in 1940 by Vic Berti, who set high standards for his auction business and began building the Berti name on the pillars of honesty, trustworthiness, fairness, and the Golden Rule. Vic’s son and daughter-in-law Bob and Edna Mae were active with the family business, with Bob serving as a ringman and Edna Mae serving as the main cashier at auctions until their retirements in 2019 and 2018, respectively.

Though others had joined the auction business, Vic remained an active part of the company until he passed away in 1991.

Carrying on the family legacy, Vic’s grandson, Bob and Edna Mae's son, Robby, became a licensed auctioneer in 1989. He remains one of Berti Auction Service’s colonels and carries on the traditions started by his grandfather and instilled in his father.

In 2008, Robby’s oldest daughter Meghan became a licensed auctioneer. Together, she and Robby took courses to become appraisers through the Certified Appraisers Guild of America. With the certification, Robby and Meghan can appraise personal property (real estate is not considered personal property), as well as prepare certified reports on the value of personal property.

Robby’s younger daughter, Maisie, has also joined the business. She currently serves as the head cashier at auctions, while Robby’s wife Jeannine helps plan, organize, and fill in as needed during the auction process.

Robby Berti is a lifelong resident of and advocate for Sullivan, MO. He holds an auctioneer’s license through Franklin County, as well as through the Missouri Professional Auctioneer Association. In addition to Berti Auction Service, he has business ventures in both the tire industry and in agriculture.

Robby actively serves the community, including serving as a board member for the Sullivan School District Board of Education for 12 years, where he held offices of Treasurer and Vice President. He was recognized in 2007 as Man of the year by the Sullivan Chamber of Commerce.

Personally, Robby and his wife Jeannine raised two daughters, Meghan and Maisie, who are both active with the multi-generational family business.

Whether you’re downsizing, liquidating, or dissolving an estate, Berti Auction Service is here to help. We specialize in on-site auctions and square up the day of your auction. With Berti Auction Service, hosting an auction is as simple as reaching out. Call, email, or fill out the form to get started.

We use cookies on our website to give you the most relevant experience by remembering your preferences and repeat visits. By clicking “Accept All”, you consent to the use of ALL the cookies. However, you may visit "Cookie Settings" to provide a controlled consent.
Cookie SettingsAccept All
Manage consent

This website uses cookies to improve your experience while you navigate through the website. Out of these, the cookies that are categorized as necessary are stored on your browser as they are essential for the working of basic functionalities of the website. We also use third-party cookies that help us analyze and understand how you use this website. These cookies will be stored in your browser only with your consent. You also have the option to opt-out of these cookies. But opting out of some of these cookies may affect your browsing experience.
Necessary Always Enabled
Necessary cookies are absolutely essential for the website to function properly. These cookies ensure basic functionalities and security features of the website, anonymously.
Functional
Functional cookies help to perform certain functionalities like sharing the content of the website on social media platforms, collect feedbacks, and other third-party features.
Performance
Performance cookies are used to understand and analyze the key performance indexes of the website which helps in delivering a better user experience for the visitors.
Analytics
Analytical cookies are used to understand how visitors interact with the website. These cookies help provide information on metrics the number of visitors, bounce rate, traffic source, etc.
Advertisement
Advertisement cookies are used to provide visitors with relevant ads and marketing campaigns. These cookies track visitors across websites and collect information to provide customized ads.
Others
Other uncategorized cookies are those that are being analyzed and have not been classified into a category as yet.
SAVE & ACCEPT
Skip to content